Preventing Fraud in the Workplace: What You Need to Know 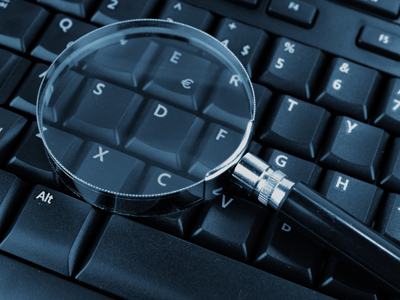 We often read about the misappropriation of billions of dollars from large companies but we don’t read about the misappropriation of assets by employees of small companies. The cost of theft perpetuated against small businesses has been estimated to be in excess of $200 billion dollars a year. These figures may be low since many cases are not reported.

Even otherwise honest employees may steal from you when there is:

Small businesses are especially vulnerable to employee embezzlement because they often lack adequate accounting controls. Segregation of duties, a crucial part of embezzlement prevention, is difficult in a small business which may have only one or two people in the accounting department. Furthermore, close relations between employees and owners of small businesses create a high degree of trust. The typical embezzler is a long-time employee who has learned the company’s systems and procedures and is able to devise a method to overcome them. All too often, theft at a small business is committed by a trusted employee who is “just like a member of the family”.

Some of the ways that an employee will embezzle are:

Changing the name of the payee is one of the most common ways of misappropriating cash. We were engaged by the owner of a small business to find out why the Internal Revenue Service claimed that he owed several thousands of dollars in payroll taxes. The owner recalled that he had signed checks payable to “IRS” which the controller gave him and which he gave back to the controller to be mailed. His controller told him it was a mistake on the part of IRS. But when he didn’t show up for work the next day the owner became concerned.

A review of the company’s cancelled checks revealed that the controller had changed the name of the payee on the tax checks from “IRS” to “MRS ANN BAKER”, the controller’s wife. Since the controller opened the mail he was able to discard previous notices from the Internal Revenue Service. And since he also did the bank reconciliations nobody saw the altered checks.

If the owner had given the signed checks to another person to mail or had another employee do the bank reconciliations he would have avoided the embezzlement.

If your bookkeeper gave himself a raise would you know it? Do you review the payroll reports to see who is being paid and how much? Do you use a payroll signature stamp?

Cash is the asset most frequently targeted by a dishonest employee. But if an employee can’t find a way to get his hands on your cash he may try to steal other assets which could be converted to cash. Inventory that is easily sold, such as electronic equipment, is most susceptible to sudden disappearance.

How to Reduce the Risk of Employee Embezzlement

There are many things that an employer can do to reduce the risk of theft by employees. Each has a cost associated with it both in terms of money and time.

Segregation of responsibilities is the cornerstone of internal controls and the prevention of employee embezzlement. In particular, the duties of check writing, making bank deposits and recording cash transactions should be segregated. The person in charge of accounts receivable should not also make bank deposits. The internal control system should be designed around the company’s business and the number of employees involved in bookkeeping. Not all duties have to be performed by someone skilled in accounting. When there are too few people in the bookkeeping department to segregate duties appropriately the business owner may use creative alternatives. For example, consideration should be given to using an outside service to do bank reconciliations.

The owners of small businesses often do not pay enough attention to the bookkeeping and accounting functions. Employees are emboldened to steal when they think that nobody is watching. At a minimum, the business owner should take actions to at least give the impression that they have their eye on financial records.

As a small business owner you can reduce the risk of embezzlement by opening the bank statements (consider having the statements mailed to your home), reviewing the cancelled checks to ascertain that they have not been altered and looking for unusual adjustments or transactions that are not easily explained. You should let the bookkeeper know that you are looking at the statements by asking questions about them. You should consider looking at the bank reconciliations and inquiring about unexplained adjustments to cash and long outstanding deposits and checks.

In the interest of letting your employees know that you are watching you should ask for financial reports even if you are not reading them. You should review accounts receivable and accounts payable reports. And if you want to keep your employees on their toes run the reports yourself and ask employees questions about them. LET THEM KNOW YOU ARE WATCHING.

Use an outside payroll service and review the reports to confirm who is being paid and how much. You should be skeptical when a bookkeeper suggests that he do the payroll in-house to save the cost of a payroll service.

As discussed at the beginning of this article, an employee will steal from his employer when he has financial need, rationalizes why it is okay to steal and has opportunity. In today’s economic environment, financial need is more likely than before. Many employees think they are underpaid and resent the fact that the owner of the business makes so much money – especially since they work so much harder than the owner. So, rationalizing theft is easy. You can’t do anything about the financial need and probably won’t change an employee’s mind about compensation. What can be controlled is opportunity. It won’t be eliminated but the implementation of good internal controls and systems can reduce the opportunity for employees to steal from you.

Some of the schemes most often used by employees to steal from their employers have been described above. But employees continue to devise creative ways to take your money and these examples are just a few of those that need to be guarded against. You should review your internal control system with your accountant and consider implementation of strategies that are cost efficient and appropriate for your business.